The Face Of God 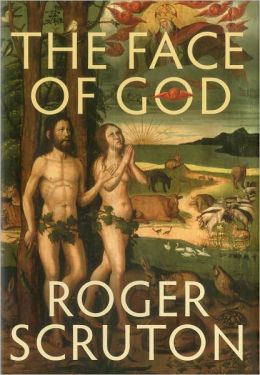 Roger Scruton, an English philosopher, has recently published a book formed from the Gifford Lectures he gave at St Andrews University, Scotland, in 2010. He adresses the question of the existence of God in what I think is a highly pertinent way - the posited absence of God being not a triumph of humanity but rather modern man's most tragic crisis of meaning... a meta-crisis! He explores what most people admit to be a gradual destruction of man in our society and argues that this is, through being a destruction of man, also a gradual loss of our natural discovery of God.

"Roger Scruton explores the place of God in a disenchanted world. His argument is a response to the atheist culture that is now growing around us, and also a defence of human uniqueness. He rebuts the claim there is no meaning or purpose in the natural world, and argues that the sacred and the transcendental are “real presences”, through which human beings come to know themselves and to find both their freedom and their redemption.

In the human face we find a paradigm of meaning. And from this experience, Scruton argues, we both construct the face of the world, and adress the face of God. We find in the face both the proof of our freedom and the mark of self-conciousness. One of the motivations of the atheist culture is to escape from the eye of judgement. You escape from the eye of judgement by blotting out the face: and this, Scruton argues, is the most disturbing aspect of the times in which we live. In his wide-ranging argument Scruton explains the growing sense of destruction that we feel, as the habits of pleasure seeking and consumerism deface the world. His book defends a consecrated world against the habit of deconsecration, and offers a vision of the religious way of life in a time of trial."

Meer in deze categorie: « Dibs, in search of self Unplanned »
terug naar boven

The Face Of God